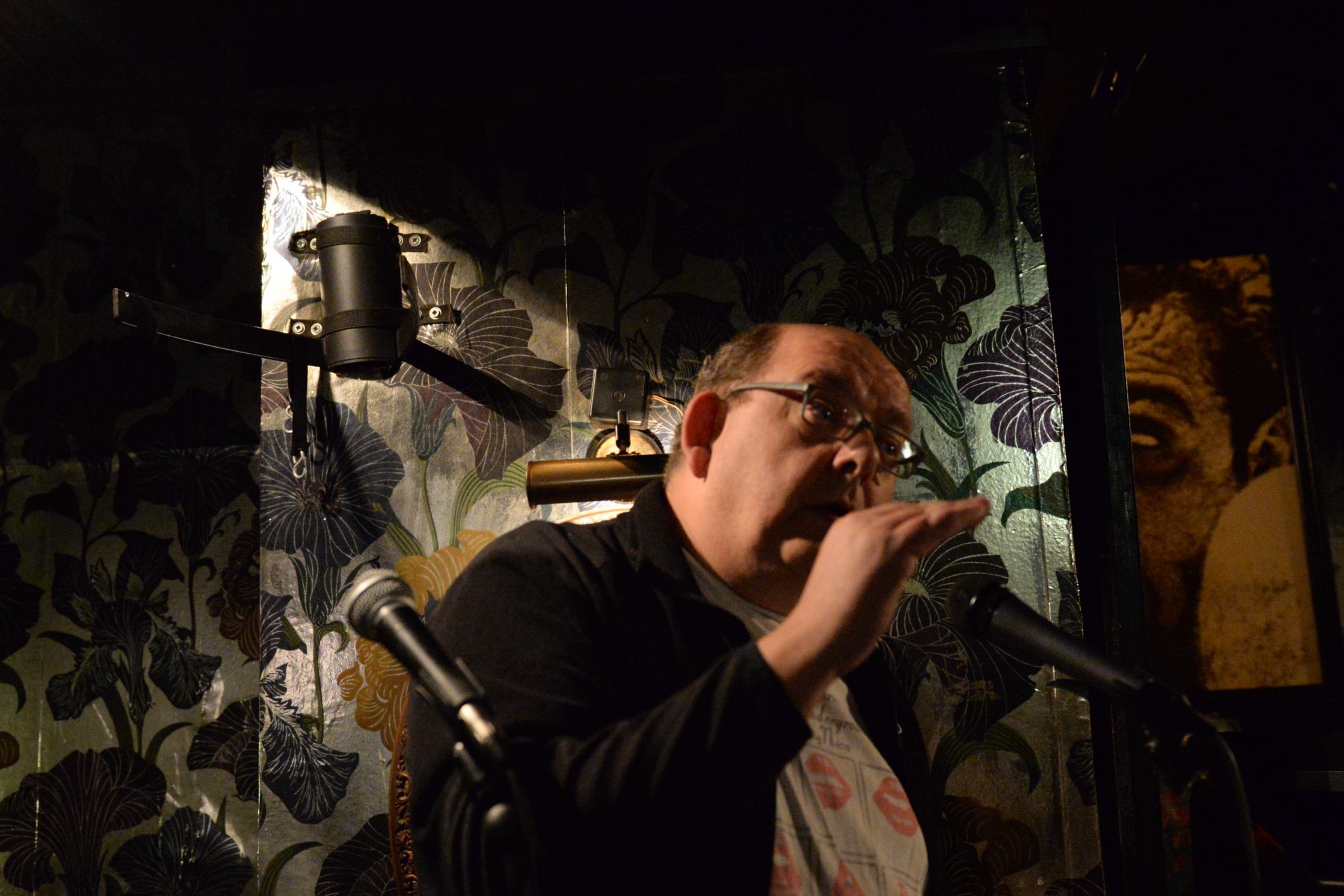 Joz Knoop (30th December 1957, Rotterdam Overschie) developed the jozzonet (mirror verse) in 1990, which he elaborates on in the years following. The results of this research may be found in a trilogy, of which he completed the final part in the autumn of 1997. In 1993 he won the Gorinchem performance contest and in 1994 the Rotterdam Award.

The poem ‘For Sevim’ is a first step in getting away from the jozzonet. This poem wins him the 1997 Dunya Poetry Prize. In 1998 his 3rd volume of jozzonets appeared under the title Limit Reaching Zero (Limiet nadert nul), in which a large, pungent flower Amorphophallus Titanum takes centre stage.

Everything Turns (Alles draait) is the first product of Jozoon productions, his very own publishing house. In May 2000 he was also chosen as poet of the year by the audience of the Iamb Foundation (Stichting Jambe) in Delft. In the years after 2000 he concentrates on performance, which resulted in winning the poetryslam in Amersfoort.

In march of last year he published his poem in 7 parts with the title of “Landschap” (Landscape) in a new poetry journal called BARKING DOGS and in july in the same journal “Voor een vrouw die er staat” (For a striking woman). These poems were published in dutch and translated in english by Corentine H.M. Steijger.

life is now
impossible
here in this
deadly zone

there is no fish
to be eaten
Ghostfish needs
no food

there is no fish
that he needs
his loneliness
feels good

A simple poem, based on a drawing by Ramon van der Rassel aka Monk